When I visited Kentucky and Indiana, I had no idea that the Lincoln Boyhood National Memorial was just a short 20 minute drive from my hotel. Located in present day Lincoln City, Indiana, Lincoln lived on the farm from 1816 to 1830. This is the farm and woods that Lincoln grew from a little boy to a young man. His mother is buried in the Pioneer Cemetery and his sister is buried at the Little Pigeon Baptist Cemetery across the way in the Lincoln State Park. He began school here and grew to love law. Present day, there is a replica of the Lincoln Farm, the National Memorial, a museum, and even re-enactments of the old times. I am so glad I made the trip to visit. It truly was so neat to explore and see such rich history.

When I checked into my second hotel in Rockport, Indiana, I realized it was just a short drive north so of course I added it to my list of to do’s. I did a little research and decided I would wake up early Saturday to drive up that way. I began my journey at about 7:30am and got to the entrance just before 8am. Due to the time of the morning, the museum itself wasn’t open so I walked around instead. Beautiful artwork, quotes, and murals stood in front showing Lincoln’s life. If you turned the opposite direction, across laid a long field of grass and a memorial. Maps helped me locate where the Pioneer Cemetery was. This is the cemetery where Lincoln’s mother, Nancy, was laid to rest among other early settlers. I walked across after looking at the beautiful artwork and murals which led me to a few different trails to walk along. It was crazy to look around and know that these woods were the very woods Lincoln grew up exploring.

Informational history signs explained that Lincoln’s mother died young from what was called milk sickness. Later it was found to be a poison from white snakeroot plant ate by cows. Deadly to humans, the toxic poison was passed through milk and meat consumed by humans. Nancy as well as other settlers were unsure of the cause but sadly passed before the discovery. After exploring and learning more, I continued on the trail. The woods are unlike what we have in California but still very beautiful. I was unfamiliar with the area so I went back to my rental car but I could have continued down the trail until the next junction which I learned would lead me to the location of the Lincoln boyhood cabin. Although the full remains are not there, they put sandstone around the frame which is visible to visitors. Fields across the cabin where farmed for tobacco, cotton, and more 1800’s crops look as if you traveled back in the day. Replicas of other cabins and life back in the day truly give you a feel for life when young Lincoln was growing up. I walked around some more seeing the springs and getting a real feel for life back when Lincoln grew up.

It was a wonderful visit and I am so glad I made the quick trip up to experience it. I was not able to visit the Lincoln State Park as it was not open but I am hoping next time when I’m visiting. It was a bit chilly so if you plan on visiting during the winter, plan to dress warm. The trails are very kids and stroller friendly making it a great family outing option and a learning experience as well! The Lincoln Boyhood National Memorial is such a beautiful National Memorial and a must see when in Southern Indiana.

Have you ever visited a National Memorial? 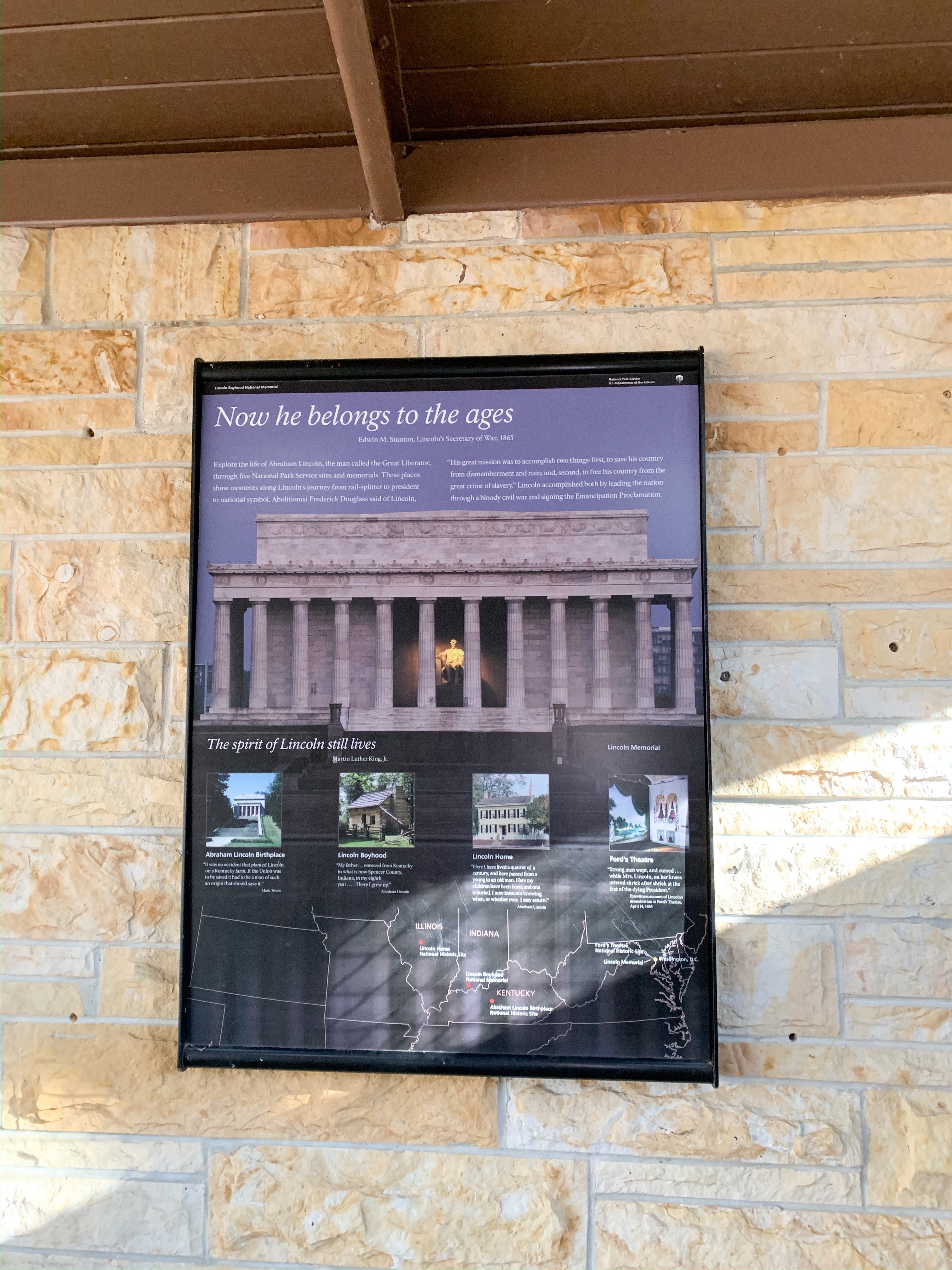 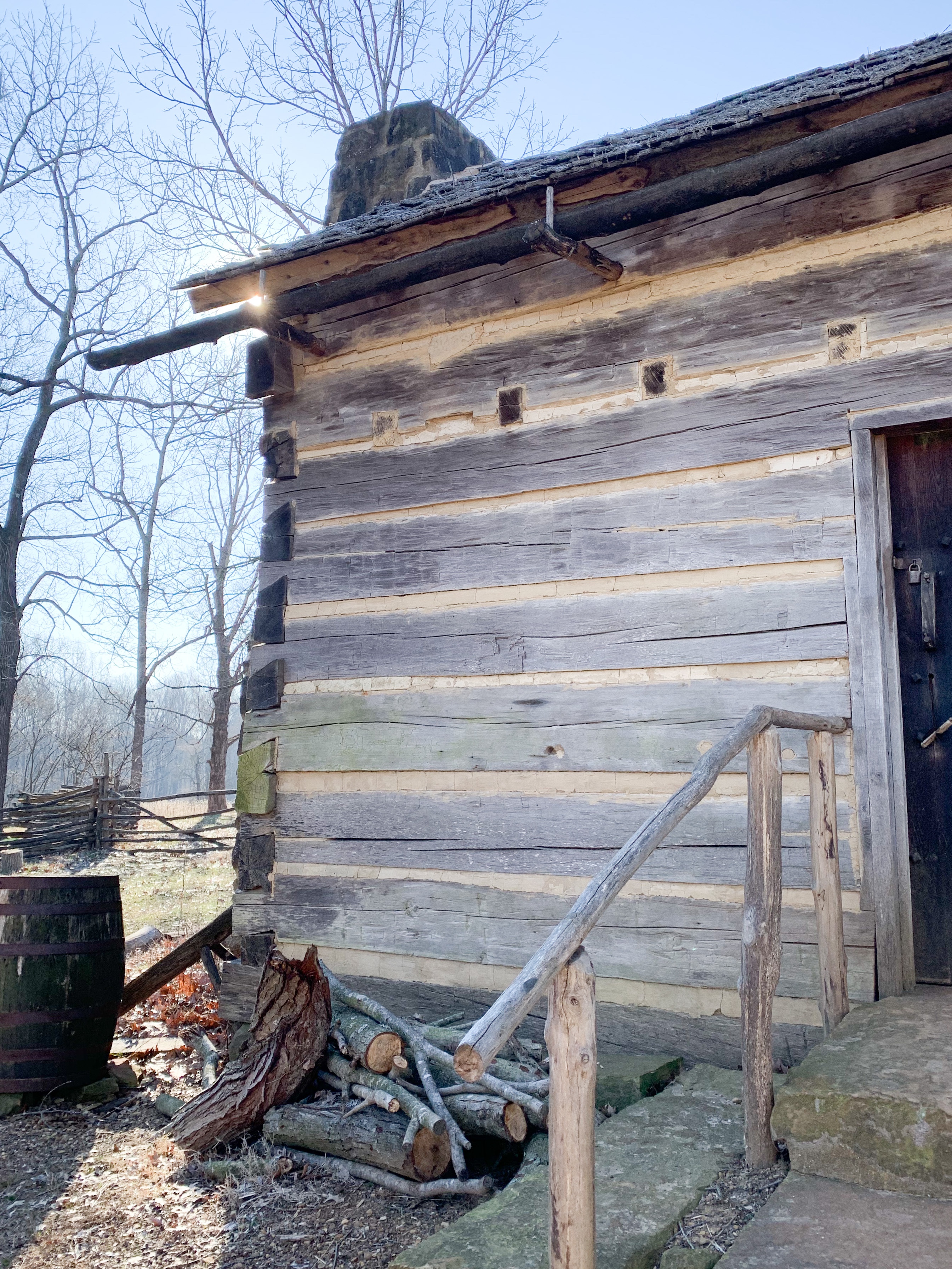 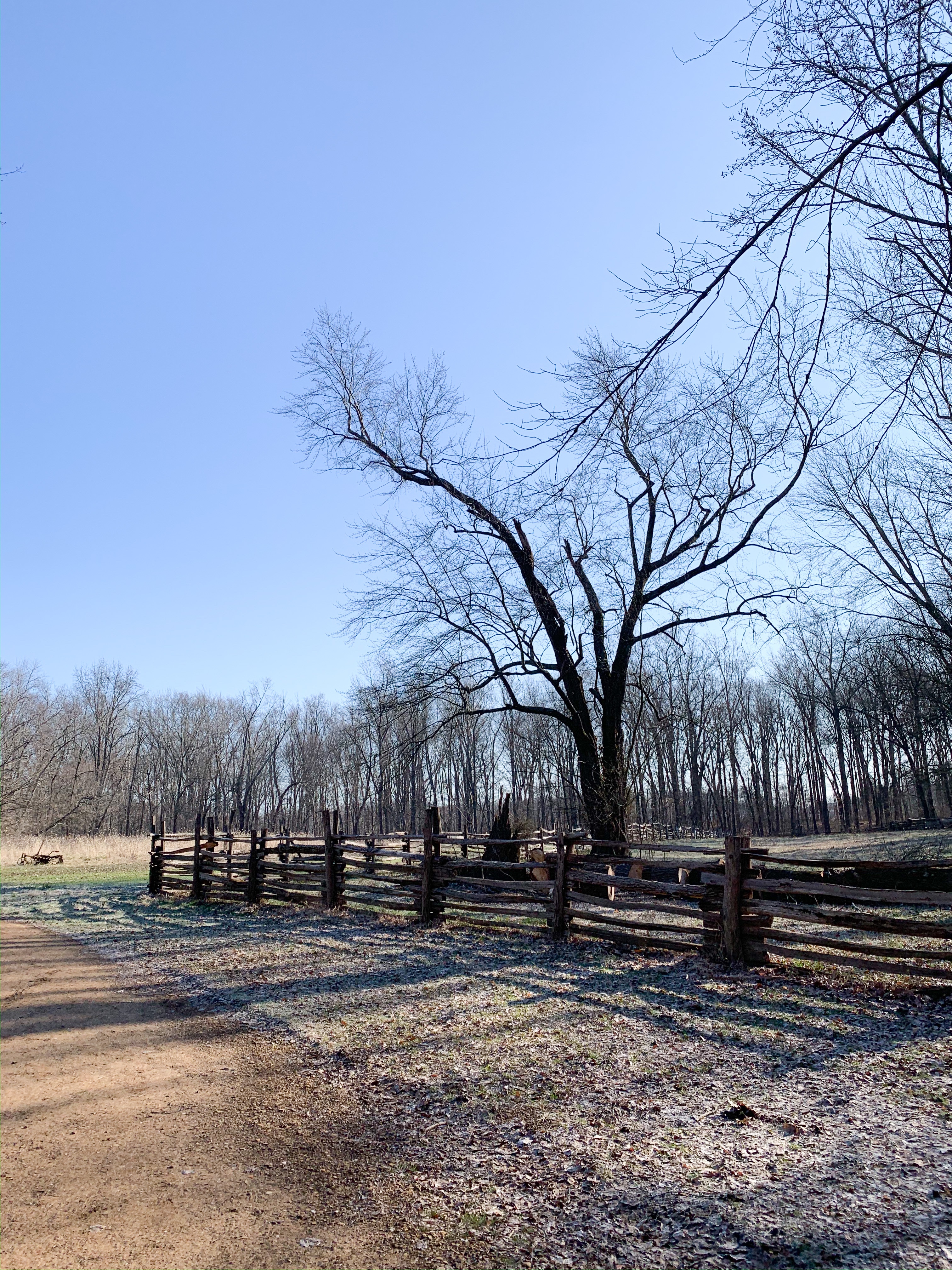 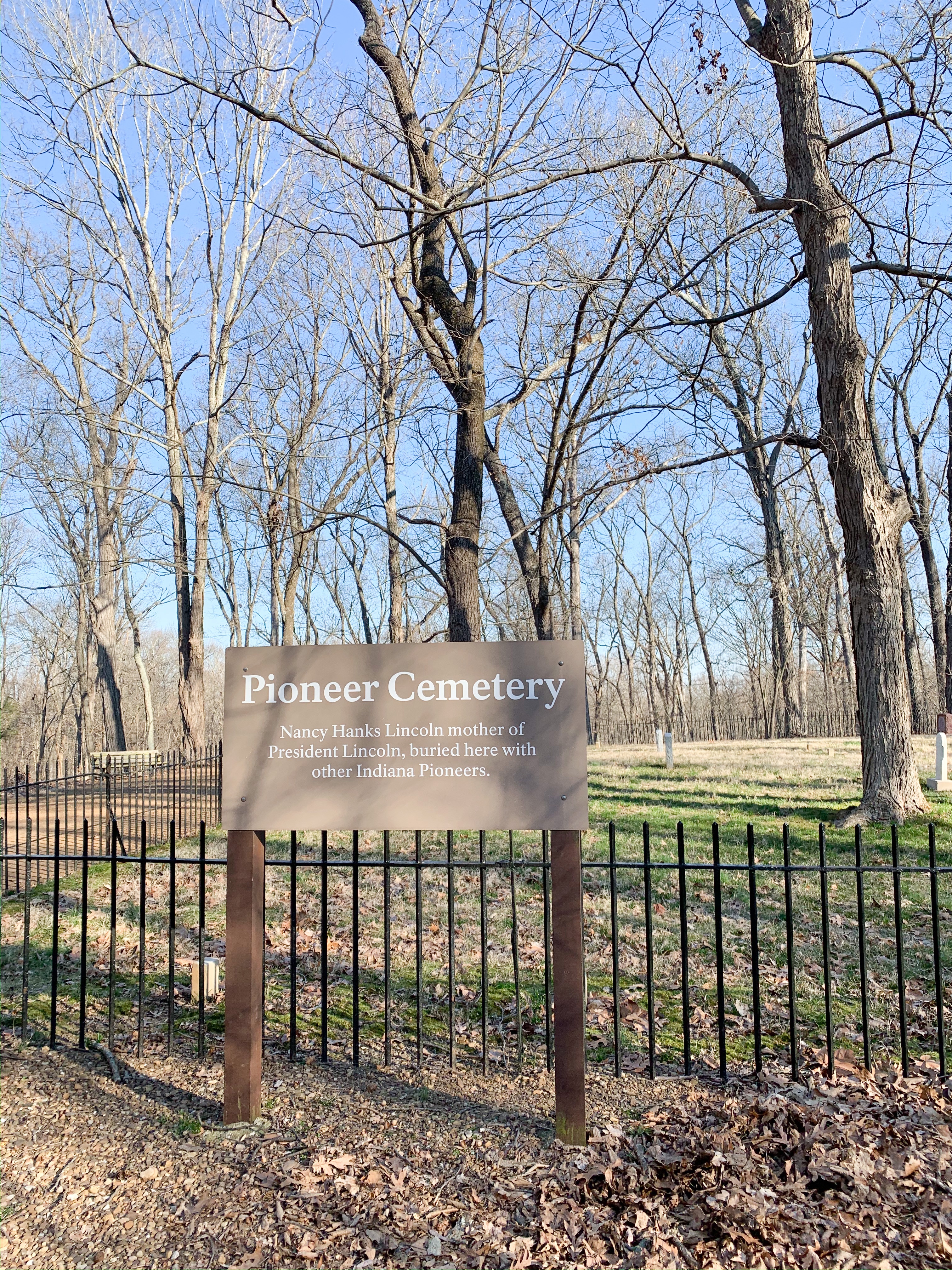 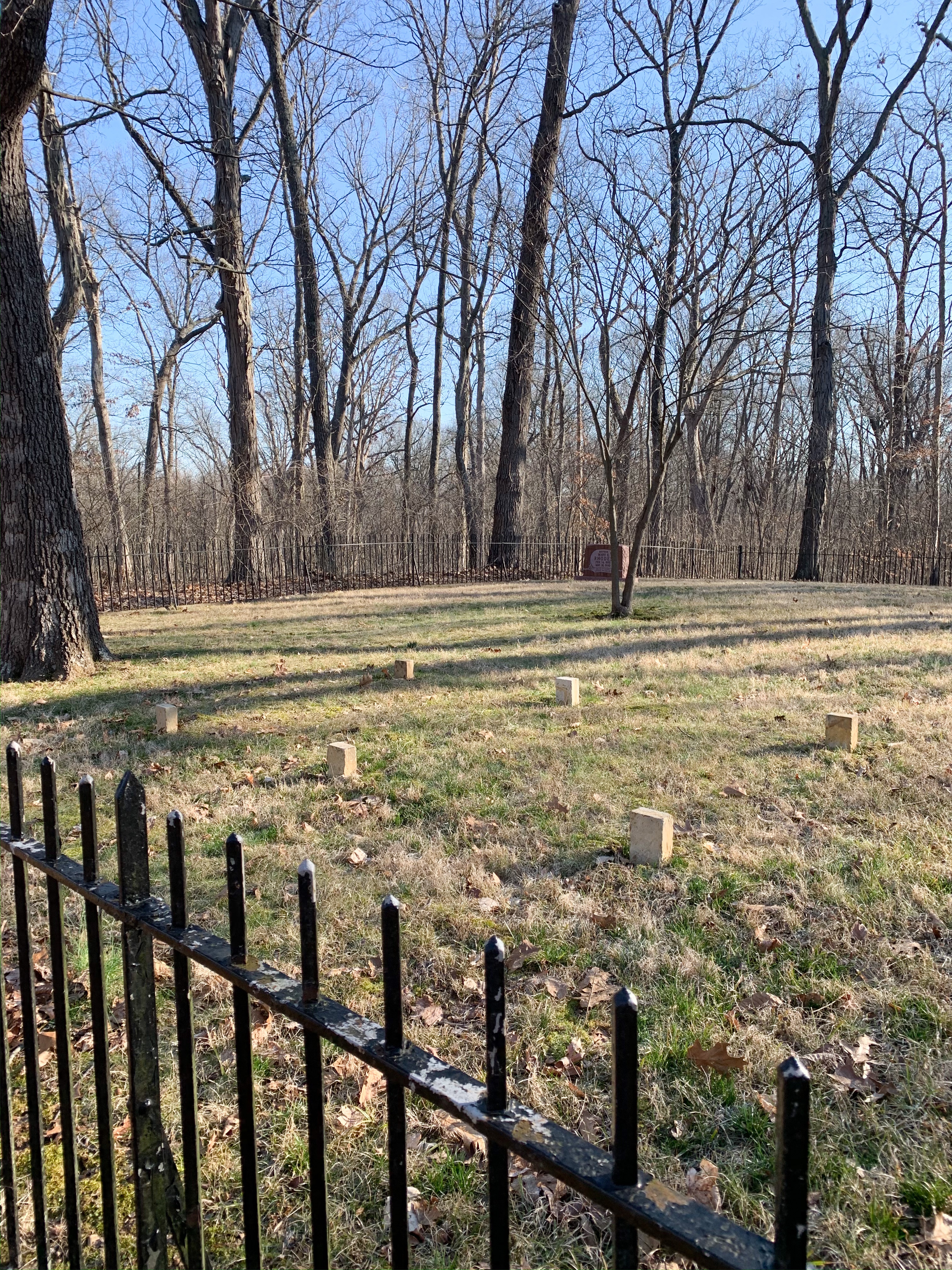 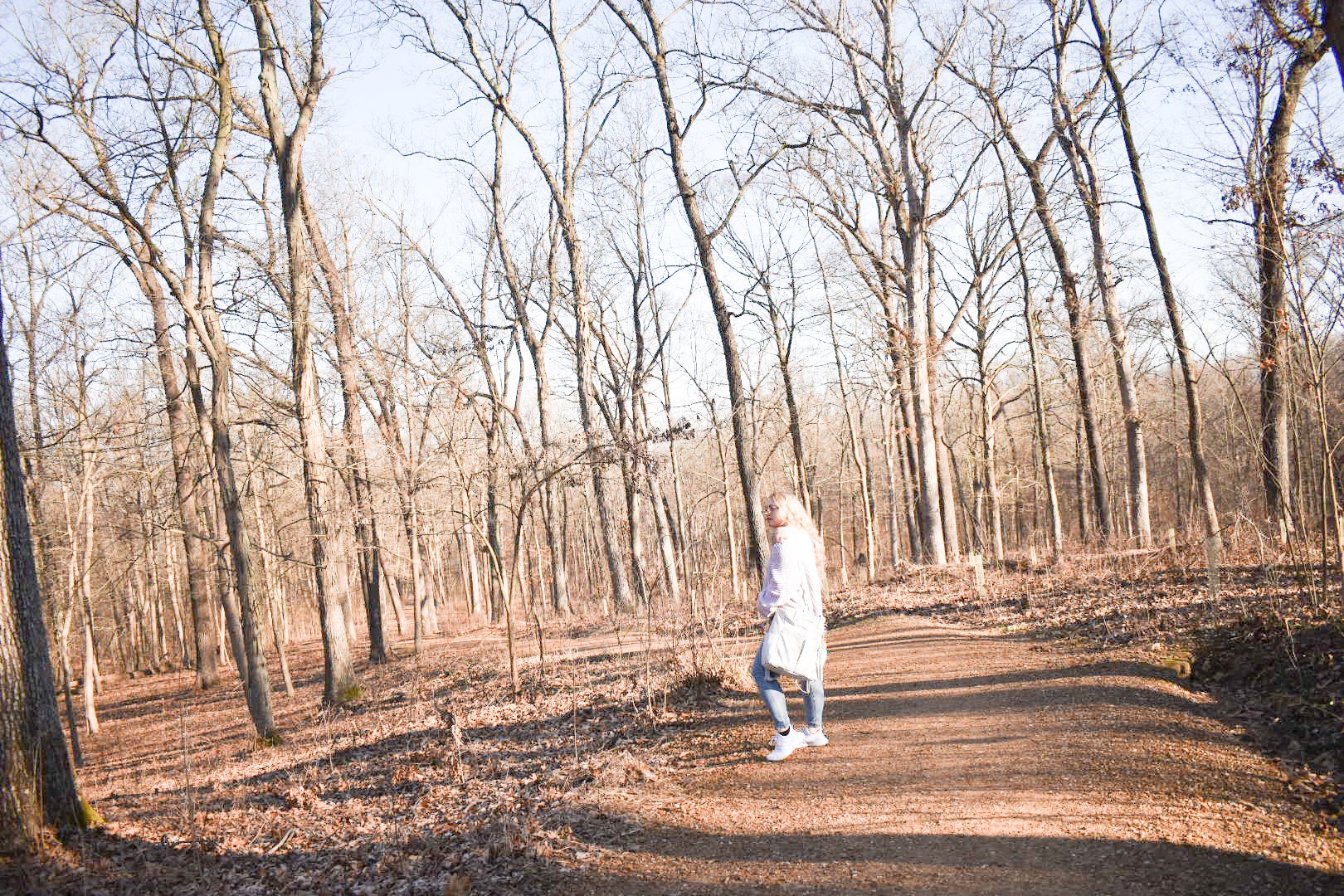 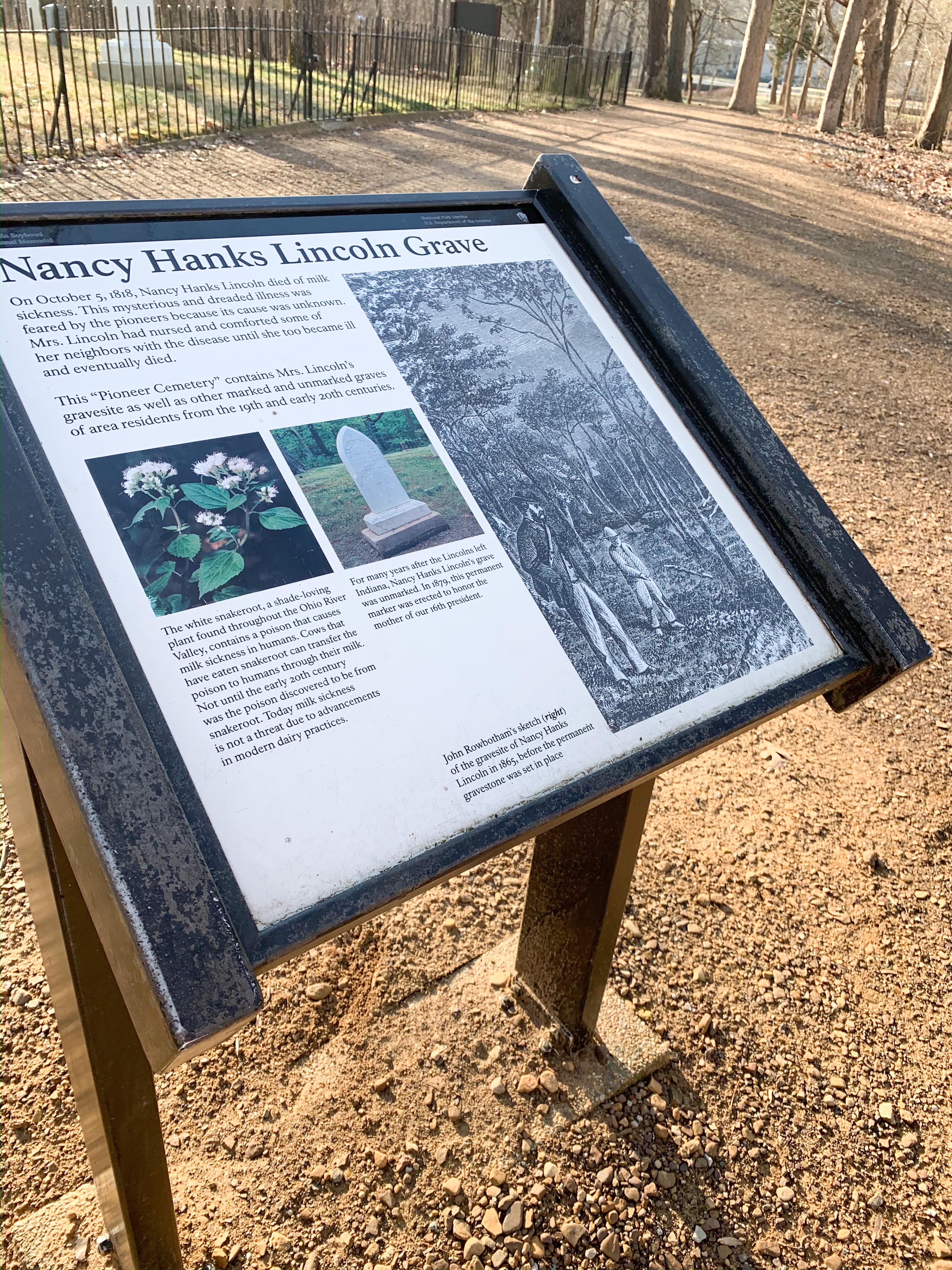 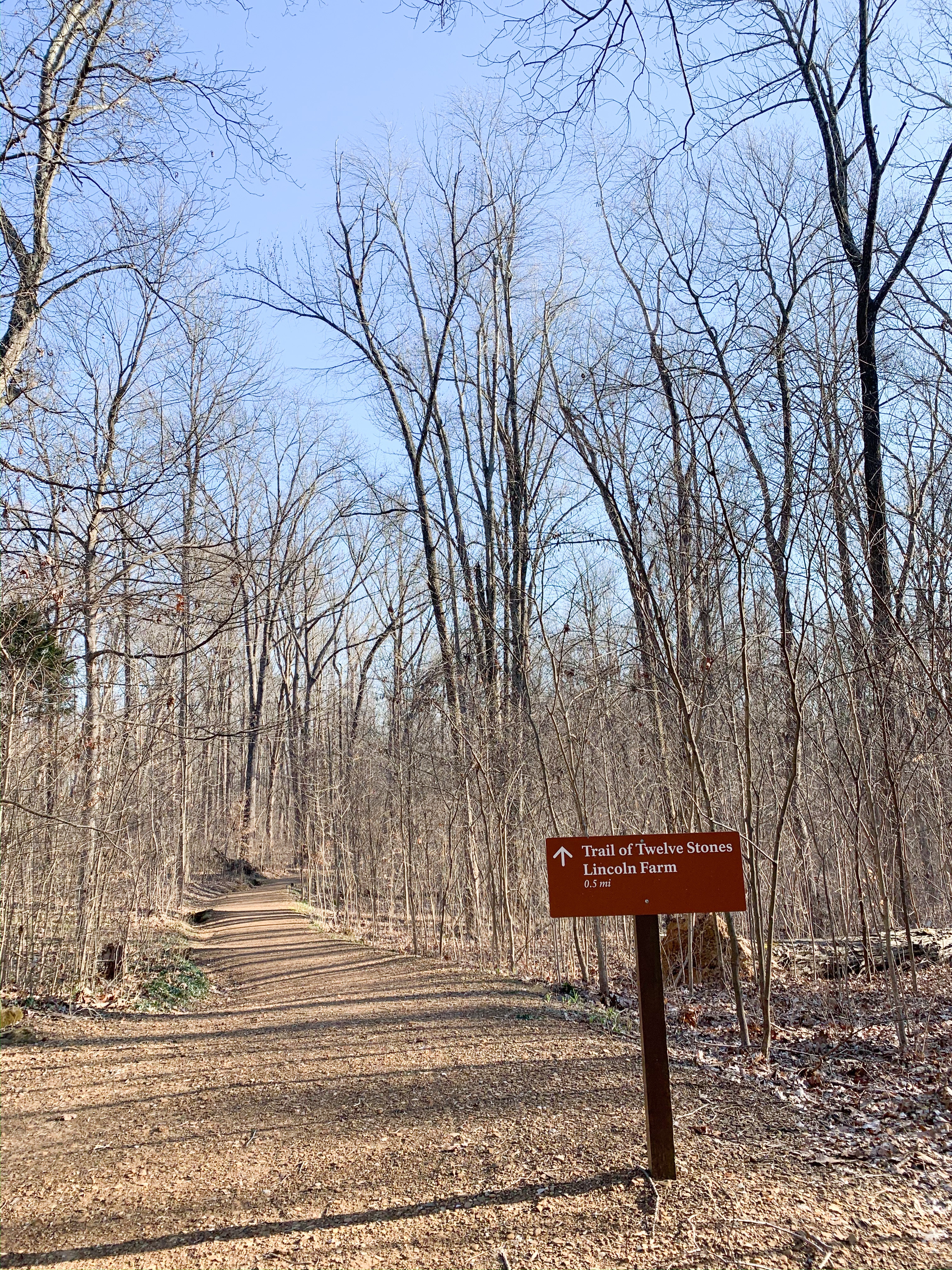 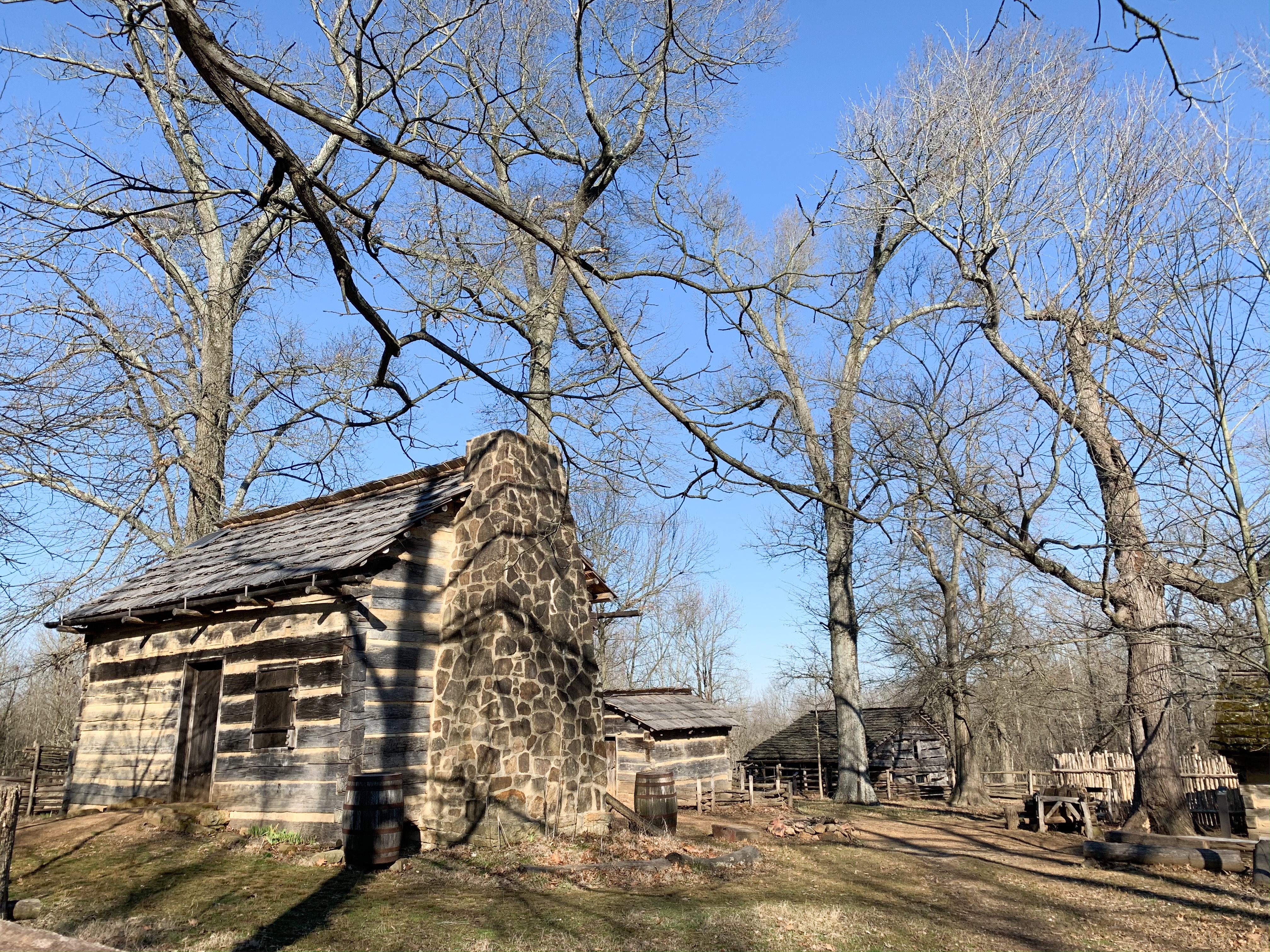