As we drove into the view of El Capitan and the Yosemite Valley, I began to remember just how amazing this state of ours is. Beautiful waterfalls crashing down, big granite dome rocks surrounding us, and fields of green meadow. Yosemite National Park is like no other place I’ve ever been to. I have traveled to over 20 states since a child and there is still no town or place that compares to the beauty of Yosemite. After first gaining protection in October 1890, Yosemite National Park began to get its fame all around the world for its beautiful views, stunning waterfalls, unique granite cliffs, giant sequoia groves, and green meadows. On average, over 4 million people from all around the world come each year to visit Yosemite. All though the park stretches over 1,100 sq miles, most tourists spend the majority of their time in the 7 sq miles of Yosemite Valley. Yosemite valley offers one of a kind hiking, waterfall views, lodging, food, and even stores. The best time to visit is just at the beginning of spring to right before summer as the waterfalls are are fully flowing, the temperatures are perfect, and the summer crowds haven’t fully hit yet. 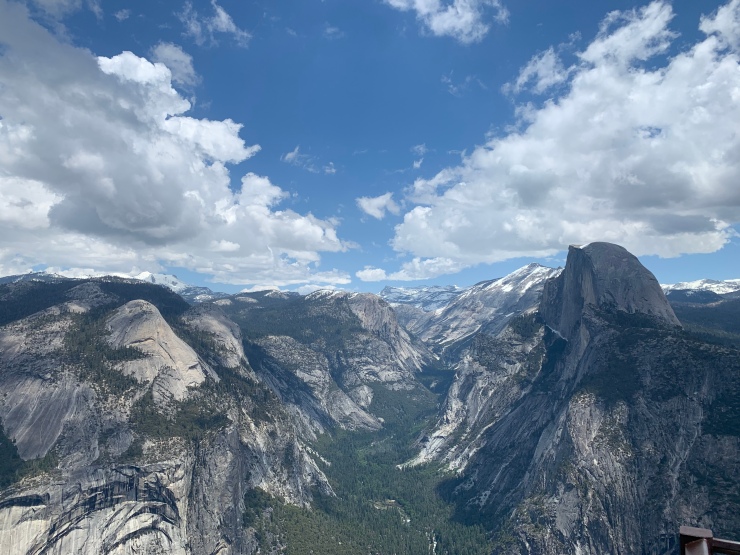 This past Thursday we decided to make the drive to Yosemite National Park with the kids and my dad. We are so lucky to live only a little over an hour away and have the chance to make day trips anytime we want. Yosemite has such a rich history dating back many years to some of the first indigenous tribes such as the Miwuk and Ahwahnechee who called the region home. John Muir sought out to protect these beautiful lands and pushed President Theodore Roosevelt to return the lands back under government protection as Yosemite National Park. Many famous climbers have also called Yosemite National Park home learning the art of rock climbing from time to time such as Royal Robbins, Warren Harding, and the Alex Honnold. 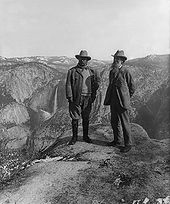 I have been coming to Yosemite National Park since I was younger and even had the chance to climb Half Dome in high school. We sadly had to turn around at the very end due to storms but when the forecast is clear, you are able to walk up with cables to the very top over looking Yosemite Valley and the Sierra Nevada mountains. One of our favorite spots to go is Glacier Point. Yosemite is known for its one of a kind views but to me, nothing beats the view up at Glacier Point. Although it is a 26 miles drive from the valley floor, it’s worth it. Look out on how the many falls come crashing down and the way the sun hits the granite dome. 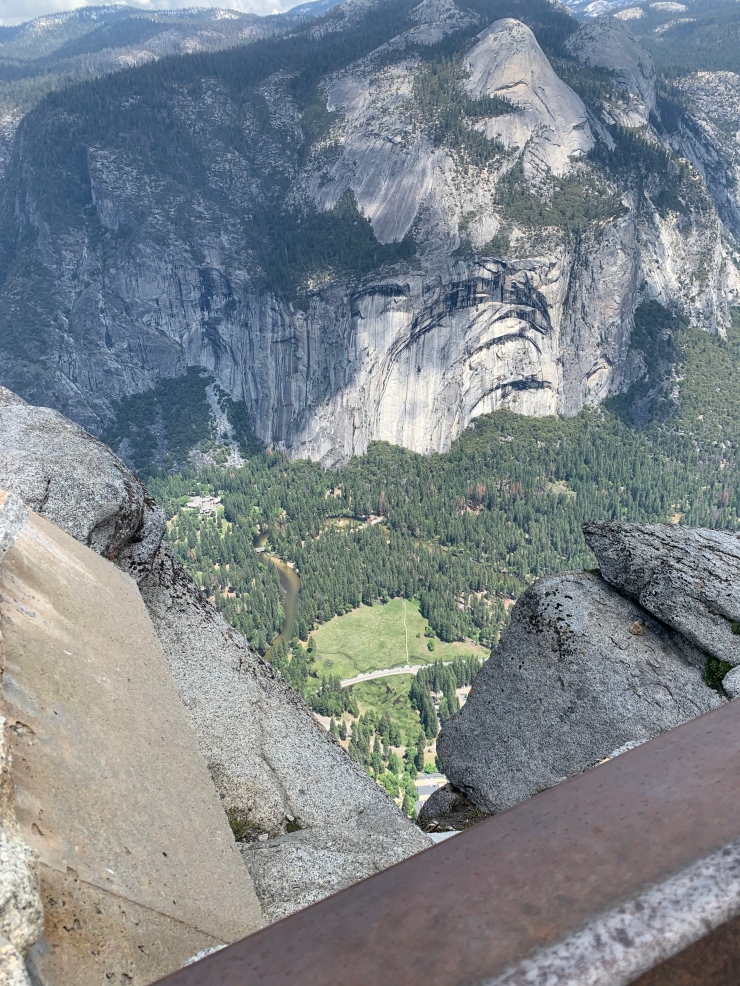 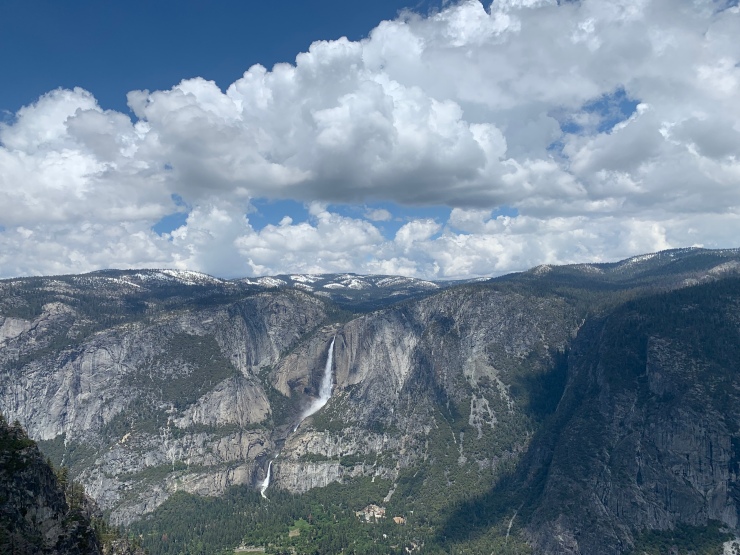 After doing a little bit of exploring and hiking, we headed on over to grab some food. With many different food options and even a Starbucks, we decided on some grill food and sat outside at the patio enjoying some fresh air. There is also free shuttle buses that are available to the public. The buses drive through out the valley floor making it convenient to park your car and hop on in going from stop to stop. With countless trails, waterfalls, bridges, and meadows, you are sure to find something to do for everyone. Our kids love the outdoors and all things “mountain” so Yosemite was the perfect day trip for them. They loved seeing the beautiful waterfalls, running through the meadows, and seeing the “biiiig rocks” as Macyn says.

I urge you to visit Yosemite National Park at least once in your life. Rent a cabin, stay in a lodge, or camp out at one of the infamous campgrounds. Even if you are not huge on the outdoors, Yosemite will change your perspective entirely and open your eyes to the beauty of nature.

Where is your favorite National Park you have visited? 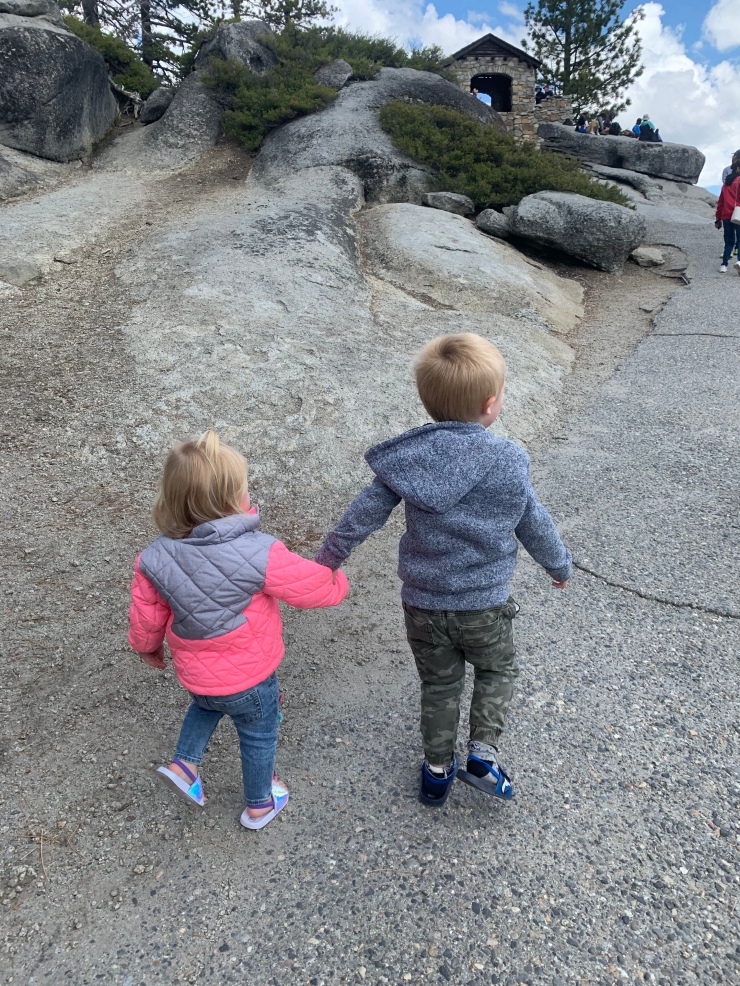 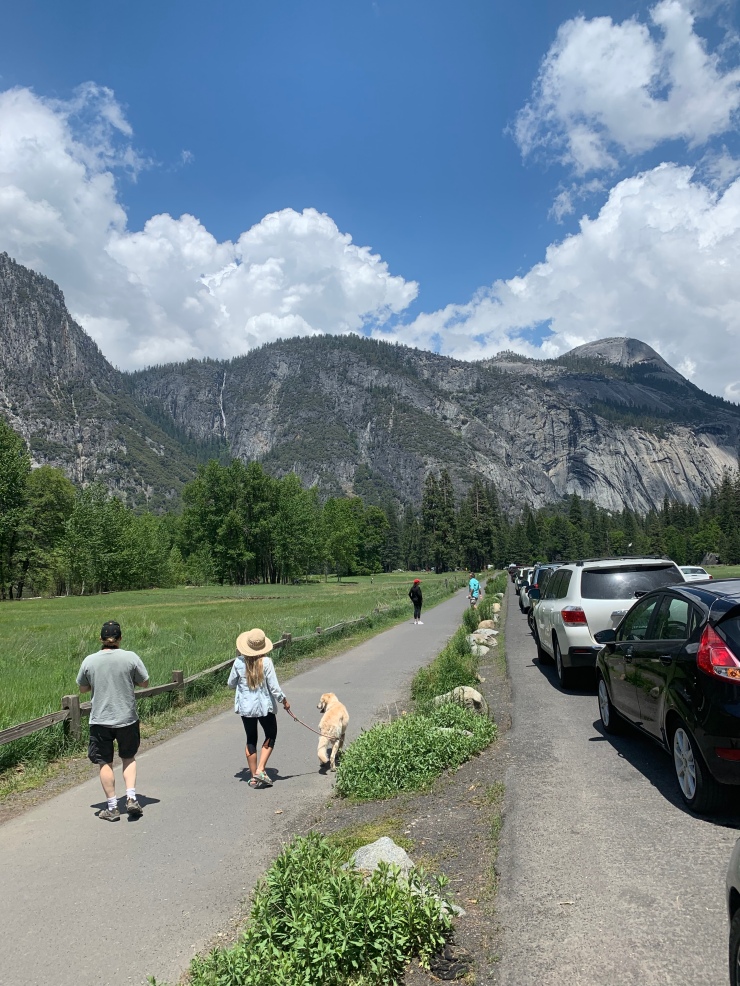 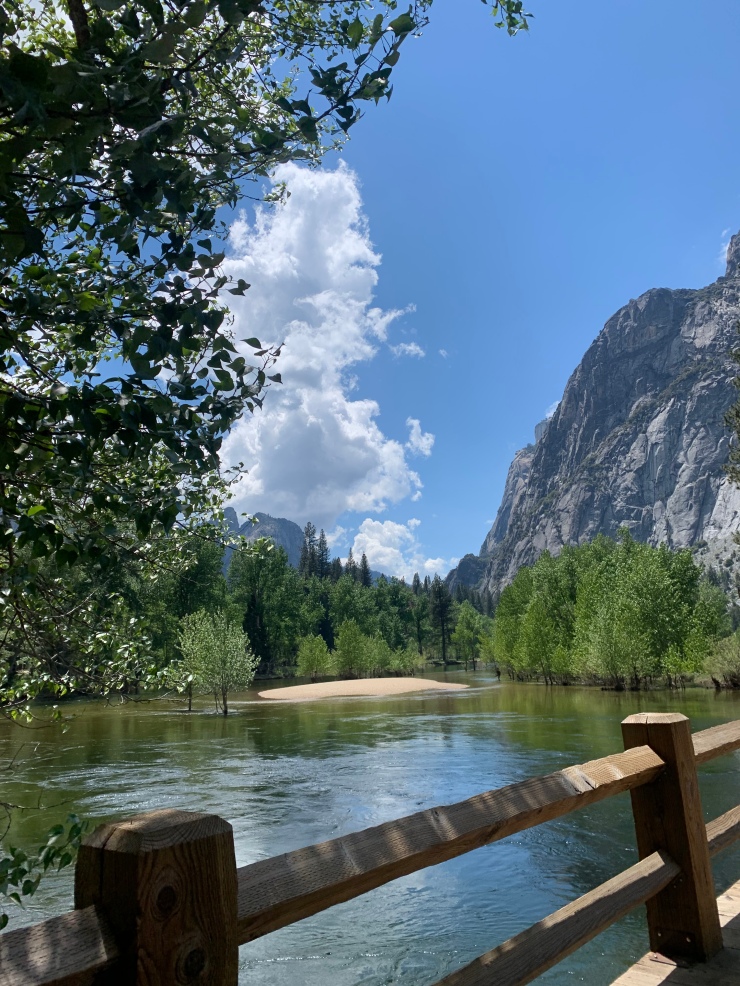 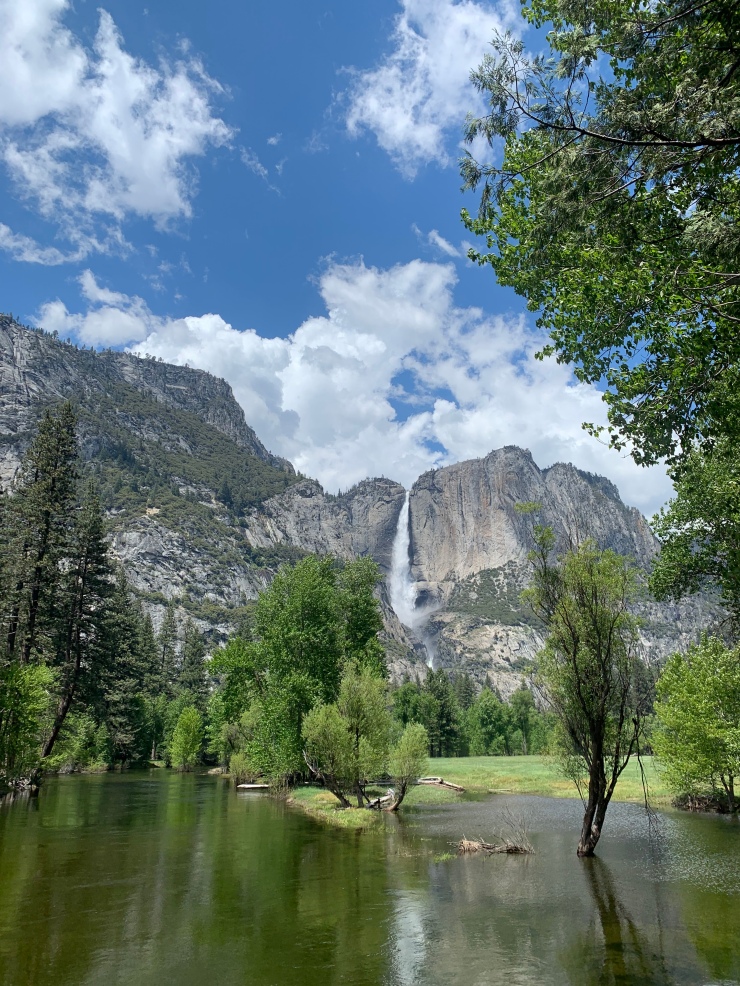 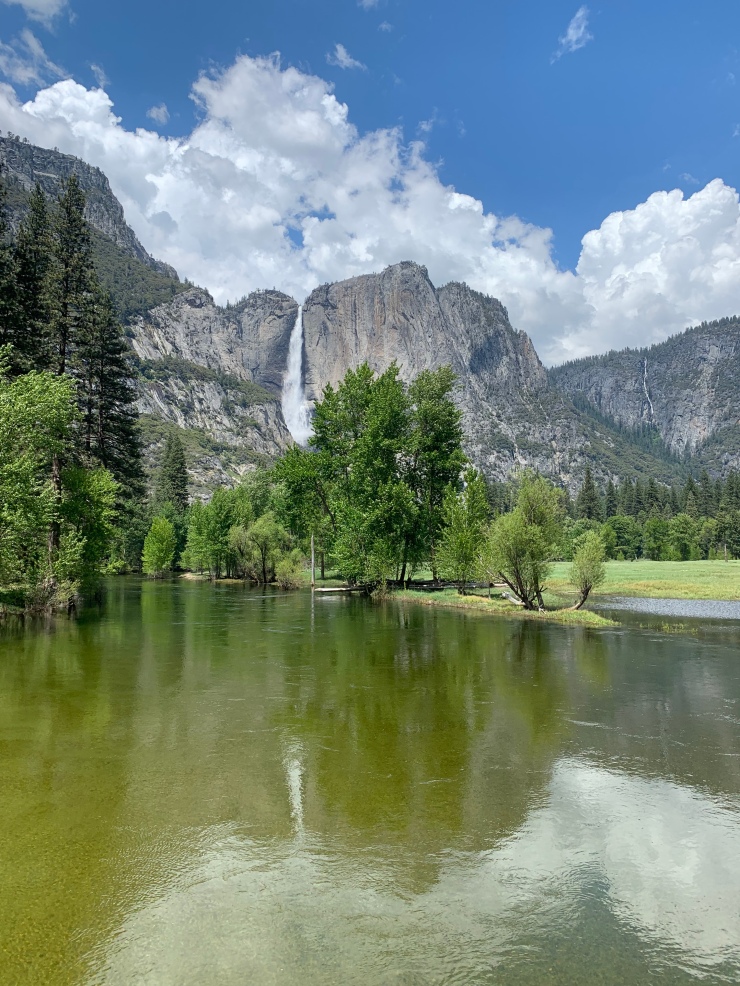 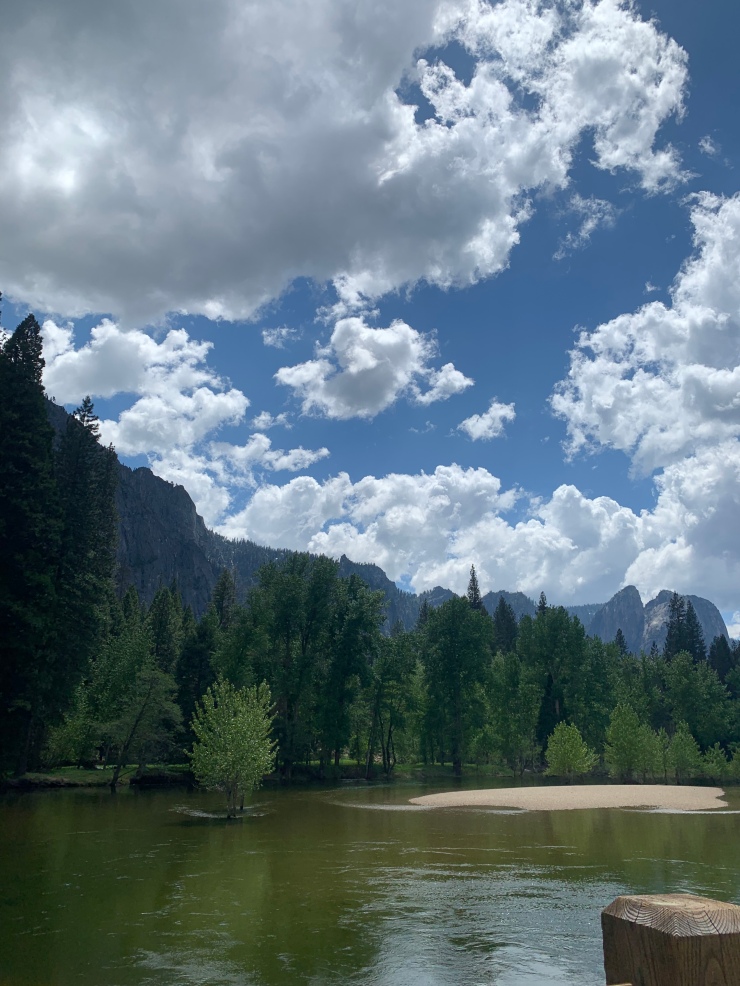 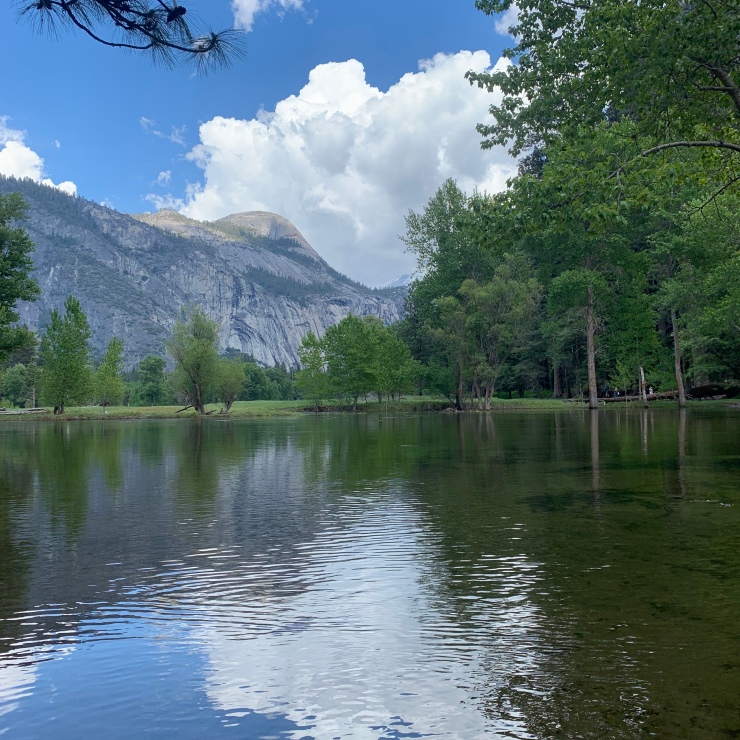 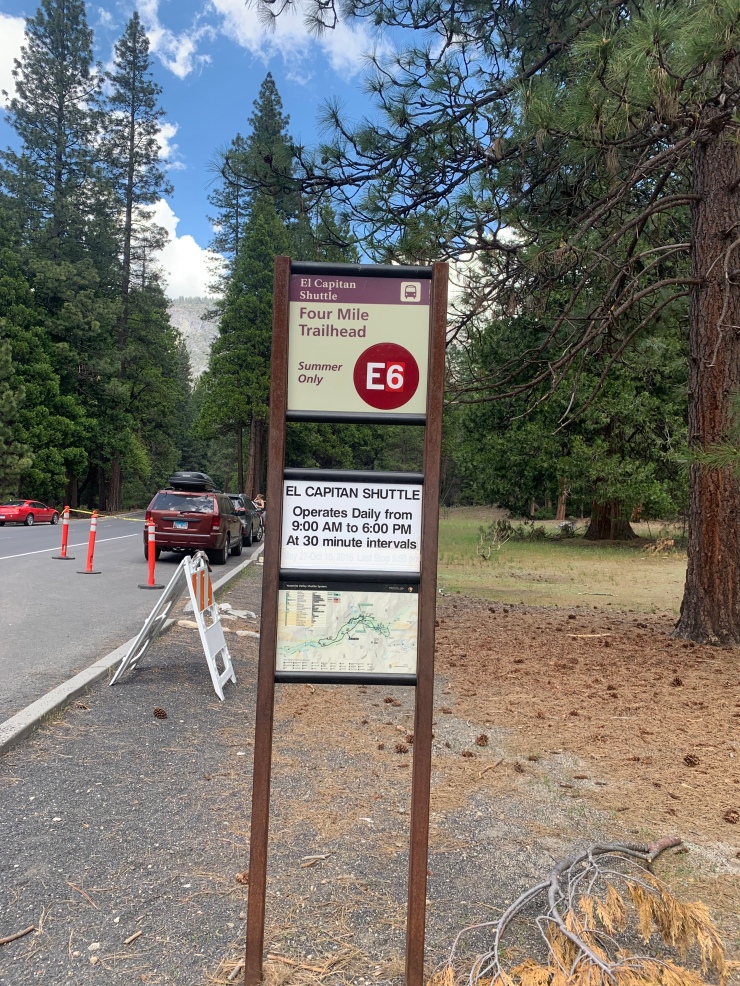 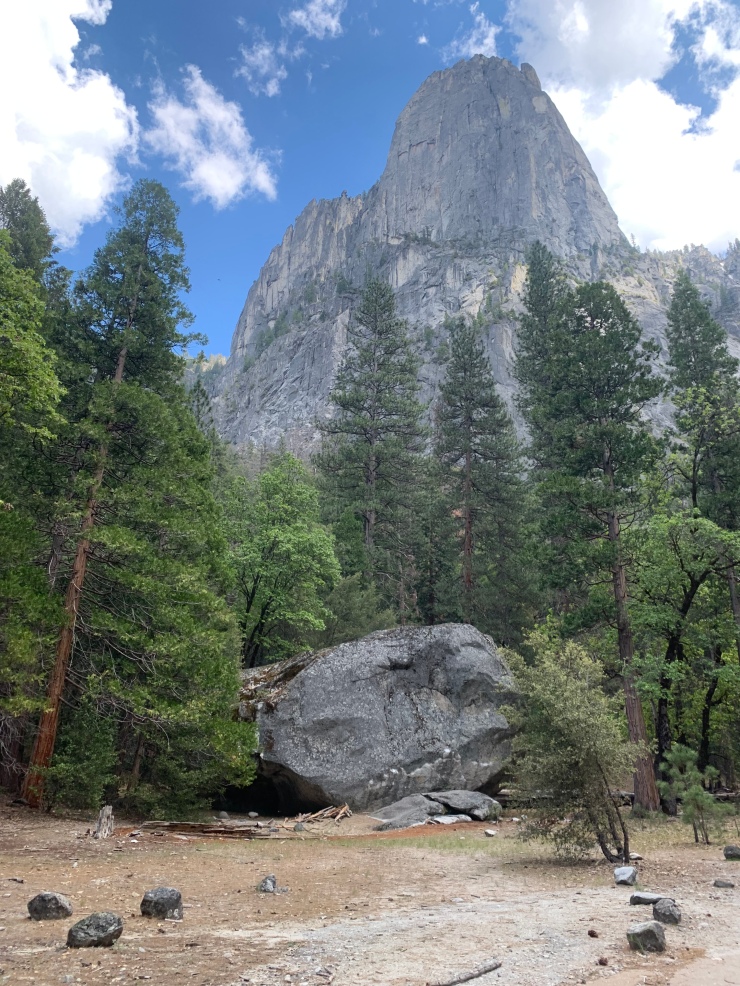 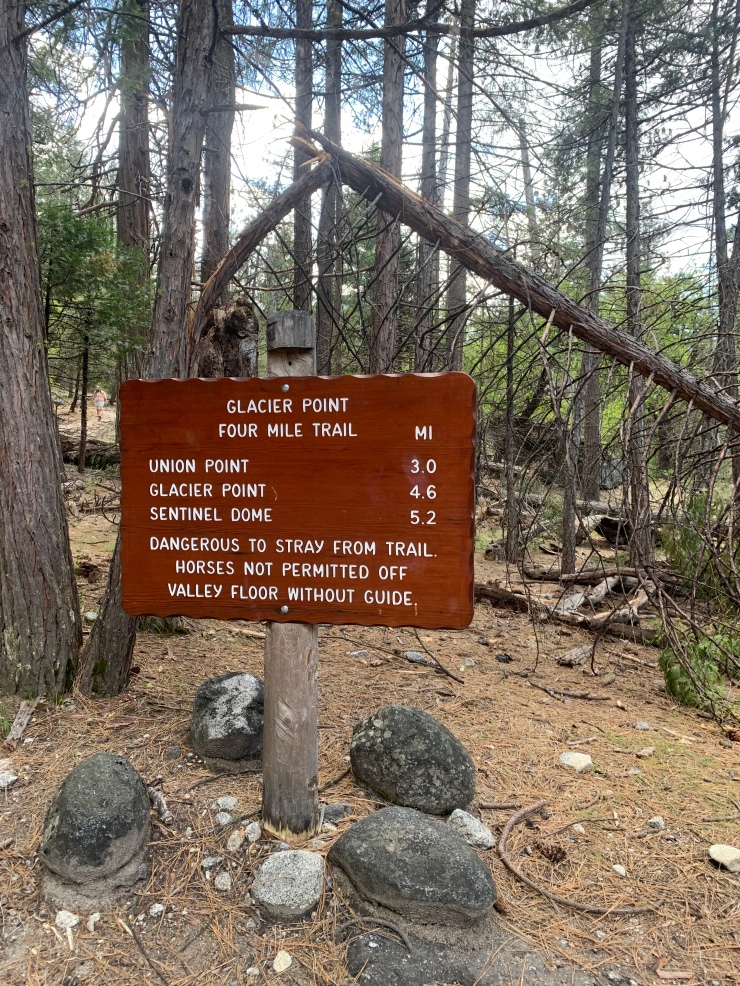 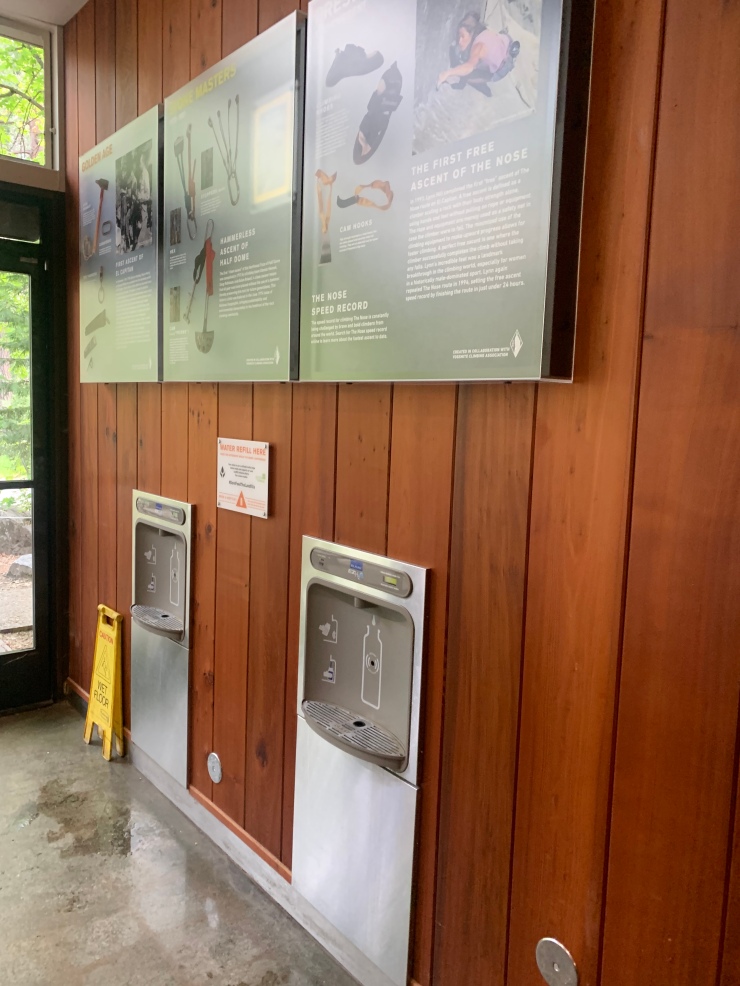 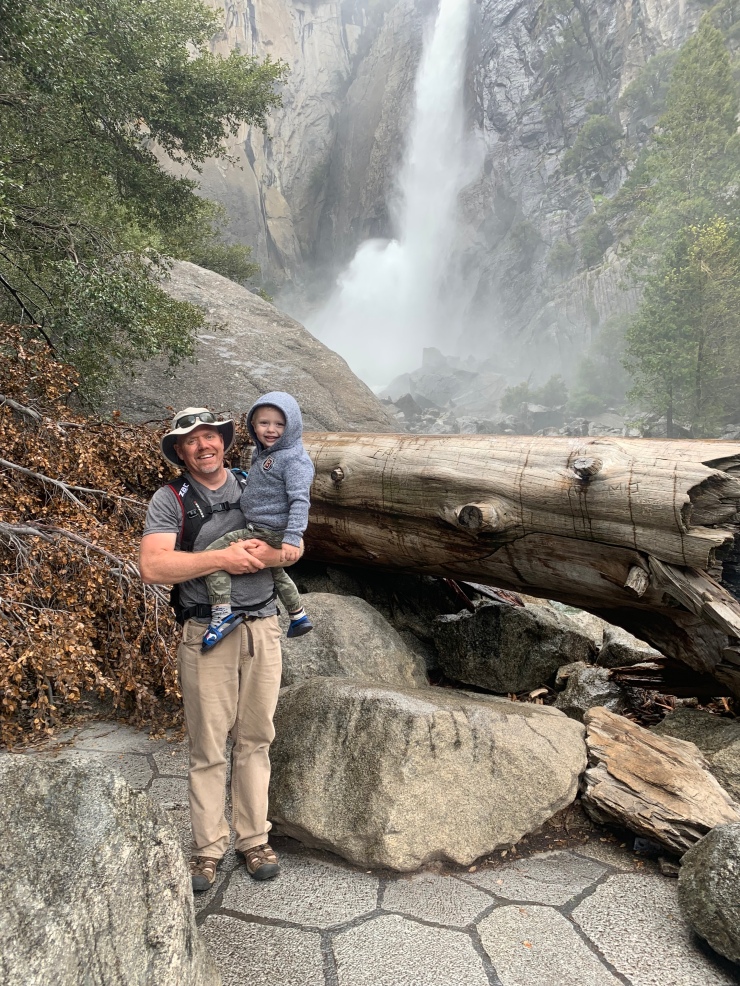 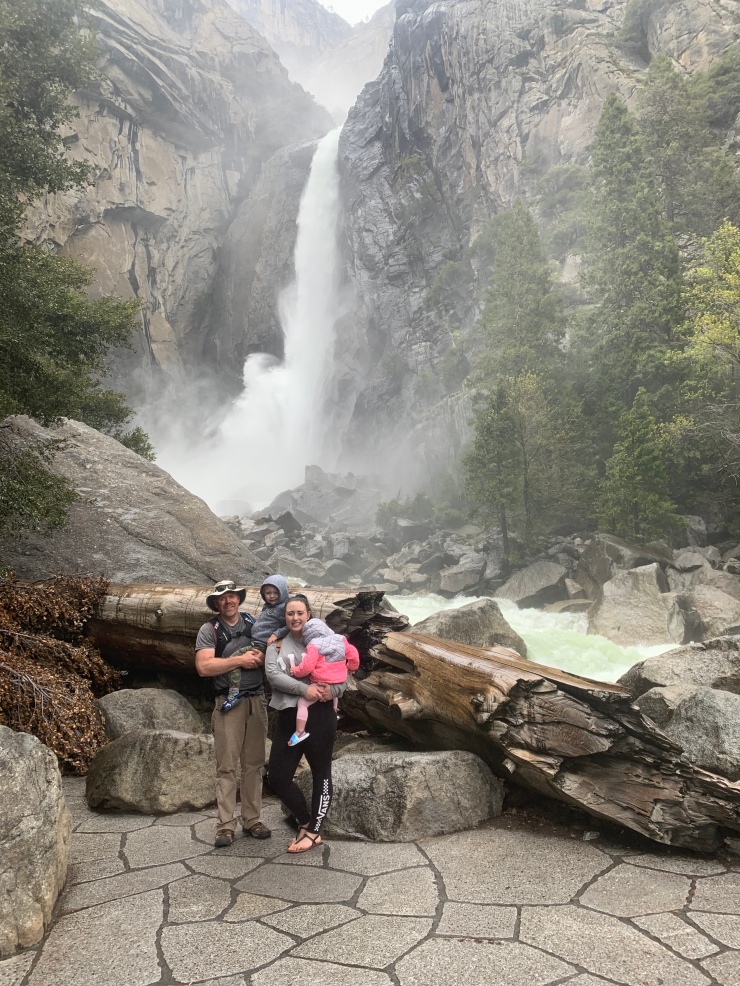 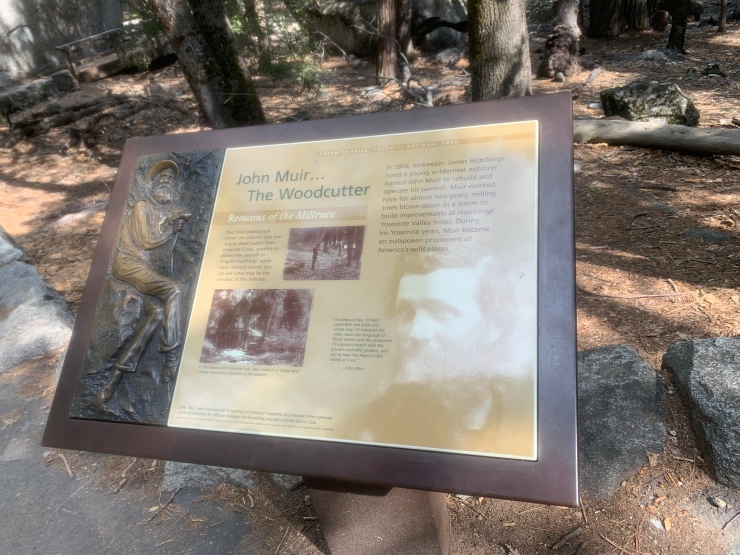 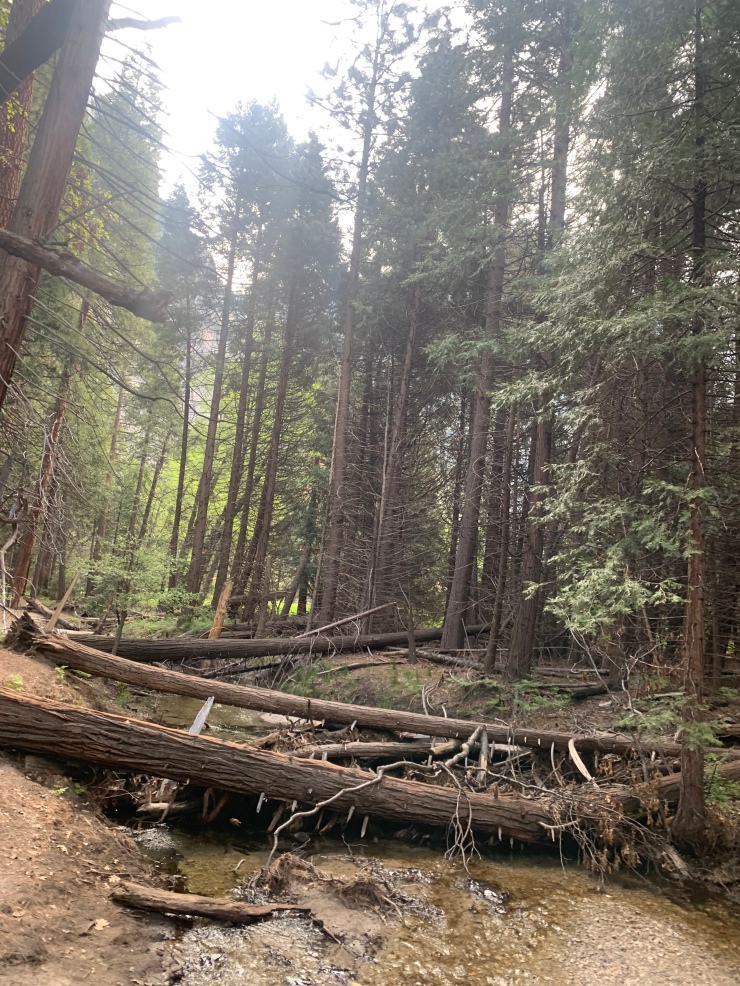